How to model anything?

Starting with 3D modeling can be very overwhelming.
There is a lot of information to absorb, and I understand that not all sources share the same information.

3D Modeling is like a road trip.
We know where to go, but we do not know which turns to take.
All we need is a map which tells us the best and the fastest route.

Sometimes the road will be unfamiliar and the trip will be long, but only the first time. The second time we´ll start to notice familiar signs and stops.

In modeling is similar.
We´ll use various guides as often as possible until we´re confident enough in our skill to model anything we want.

Before starting with 3D modeling, you probably had the same question as I did a few years back.

How can I learn to model?

We even had this question asked in our Discord group.

How can I understand what simple geometric form should I start with to build this or another object?
I mean, is there a tip that you can give to how to know what is the first primitive shape I should use to start building a specific object.

Do any of these questions sound familiar?
If so, we got you covered.
In this article, we´re going to cover what skills we need to master to become a pro modeler.

Now the big question. How can I model anything I want?

Ah yes, the question we all had at some point. How can I model a car? How can I model a spaceship or a weapon?
Where to even begin?
Before we dive any deeper, let us do a small breakdown.
If we were to split the modeling skill, what key elements would we need to master?

The key elements would be these three:

Once we understand the tools, topology, form, and function, translating our ideas into 3D will be very straightforward.

But how to get there?

Understanding modeling tools and commands mean we need to get ourselves familiar with the way 3D Software operates.

Only once we learn the tools, we can use them in combination with one another to achieve the result we want.
Getting comfortable with general modeling tools and commands is going to be a huge factor.

You might ask yourselves, why is this a huge factor?

Before we even begin modeling, we need to know what tools, operations, or commands will help us deliver the most optimal results.
That way, we can be productive with our modeling and save time in the process.

For example, before starting on a project, we´ll need to have answers to questions like:

-How to do a shape blockout?
-How to progress from one shape to another?
-How to advance basic shapes into new and more complex shapes?

If the 3D software range of tools is not familiar to us, already a key element will be missing from our “how to model anything” structure.

But there is good news here. Modeling tools operate under the same principles, regardless of the software we use.
Bevel command will be the same command in Maya, Blender, 3DSMax, or Cinema 4D.
Key modeling tools and principles are universal and easily translated between different 3D software. Only the command location or way the command is executed might vary from one software to another.

Now that we know the importance of modeling tools, let´s see why we need to understand topology.

So let us define what topology is, and what modeling principles are.

The way polygons, edges, and vertices are organized, we´re going to refer to as topology.
Topology can be categorized as good or bad, depending on how we organize edges, polygons, or vertices on the surface. 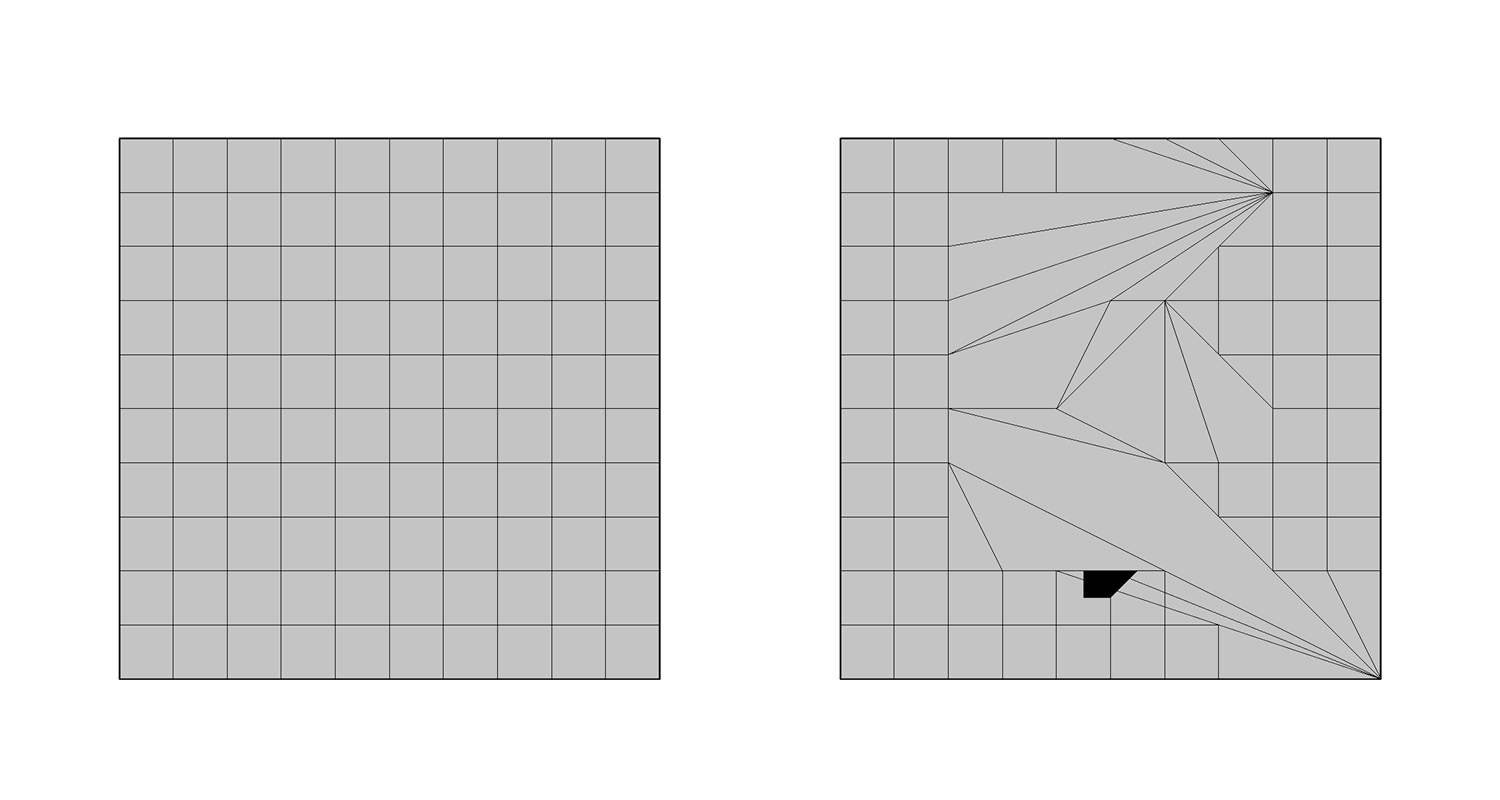 The modeling principle is simply a method that helps us define the shapes while maintaining a good topology.

Same as modeling tools, modeling principles are universal and easily transferable between any 3D modeling software. How we organize edges in Maya, will apply the same way in Blender.

Modeling principles will consist out of few factors. For now, we´ll focus on two important ones.
Edge control and edge flow.

So what is edge flow?

The way the edge loop flows along the surface, we´ll call the edge flow.
As a result, the flow of the edges will manifest as a highlight on our object.

So in short, we´ll strategically organize the edges to control the flow, and by controlling the flow we´ll control the highlight.

While it does sound simple, things can get slightly more complicated and challenging as the shapes become more and more complex.
Directing the edges to form desired highlights will require time and practice to master properly. Edge flow and edge redirection techniques are usually some of the biggest struggles new modelers will face.

So why is that? Why so challenging?
Well… the flow needs to be controlled while maintaining clean topology and not impacting the surface structure. 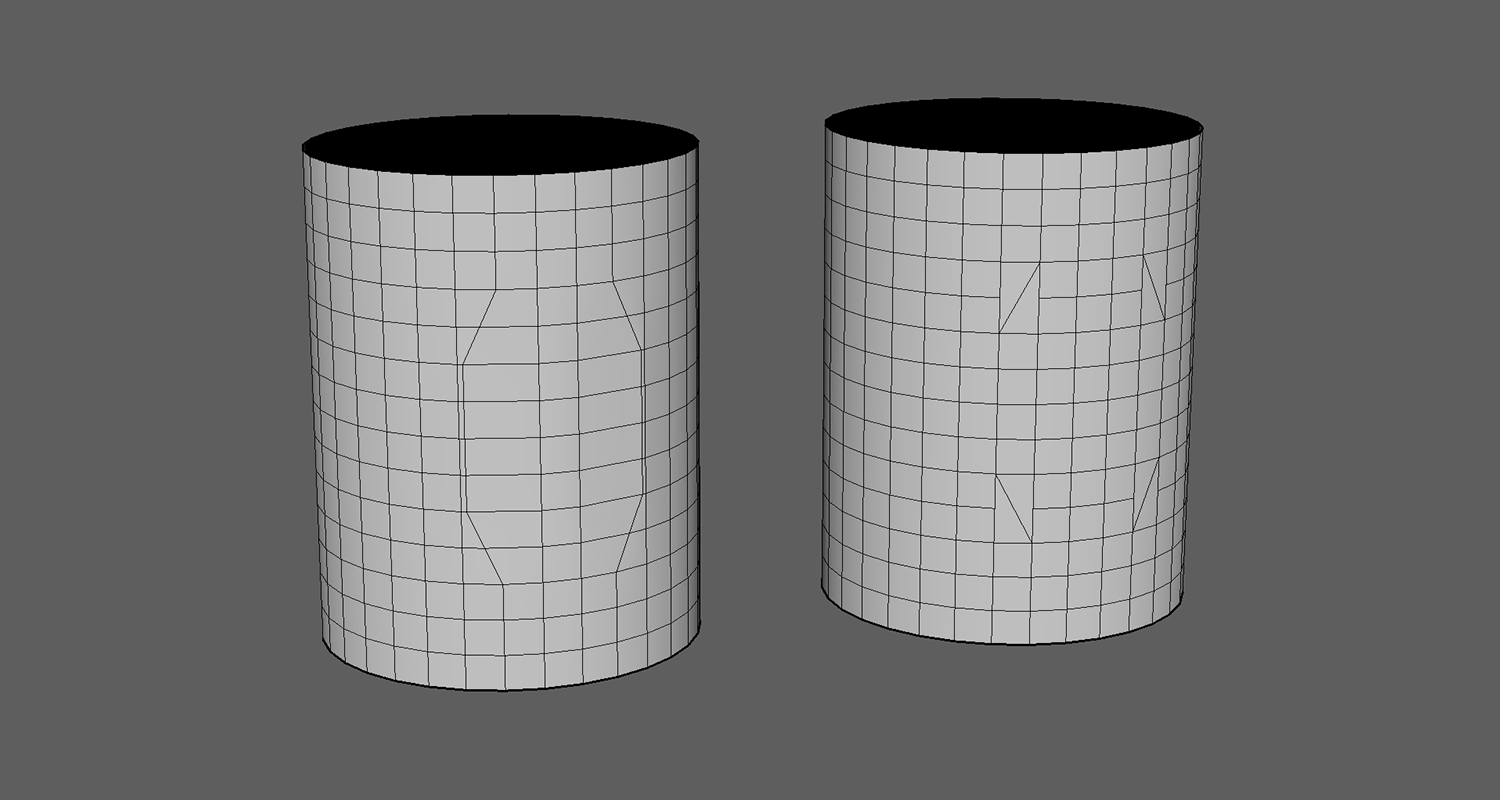 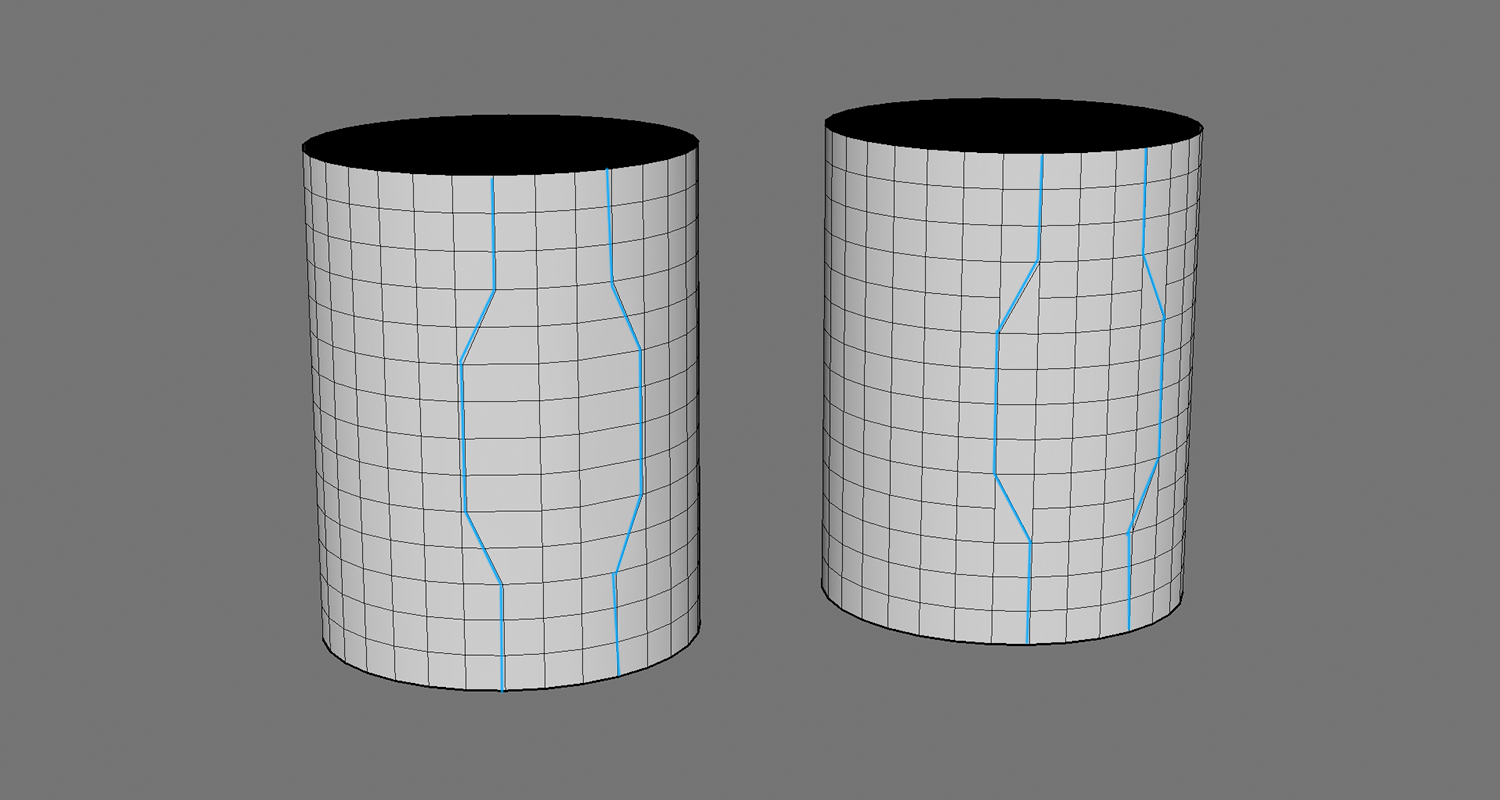 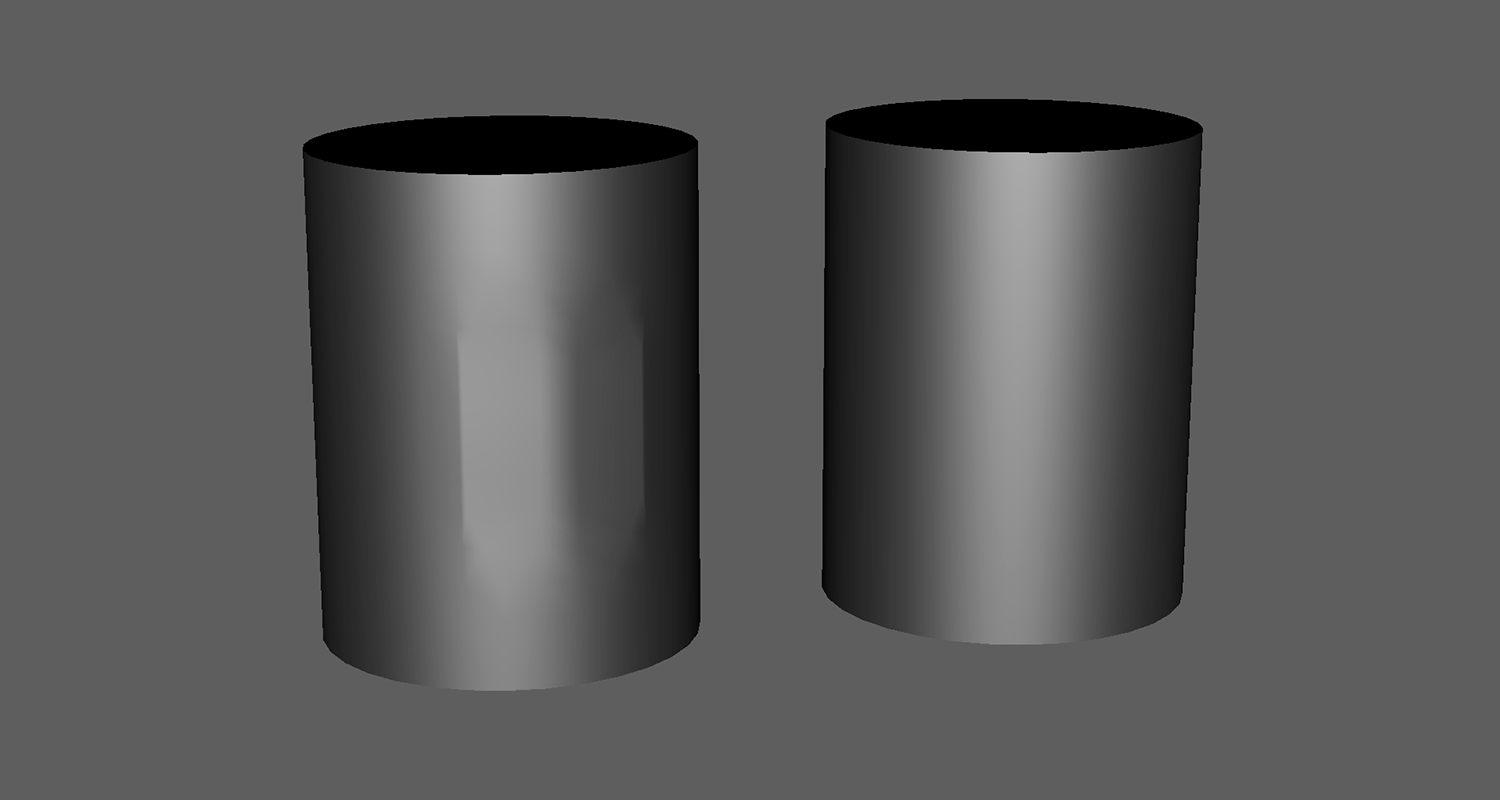 As you can notice, we have two flows here. Both look the same, but the one on the right actually keeps the structure of the object intact.

But how can understanding edge direction help us with modeling anything?

It all comes down to this.
If we can see the highlight, we can break down the flow, and recreate the object.

Let´s say we would like to recreate this object. Where would we begin? 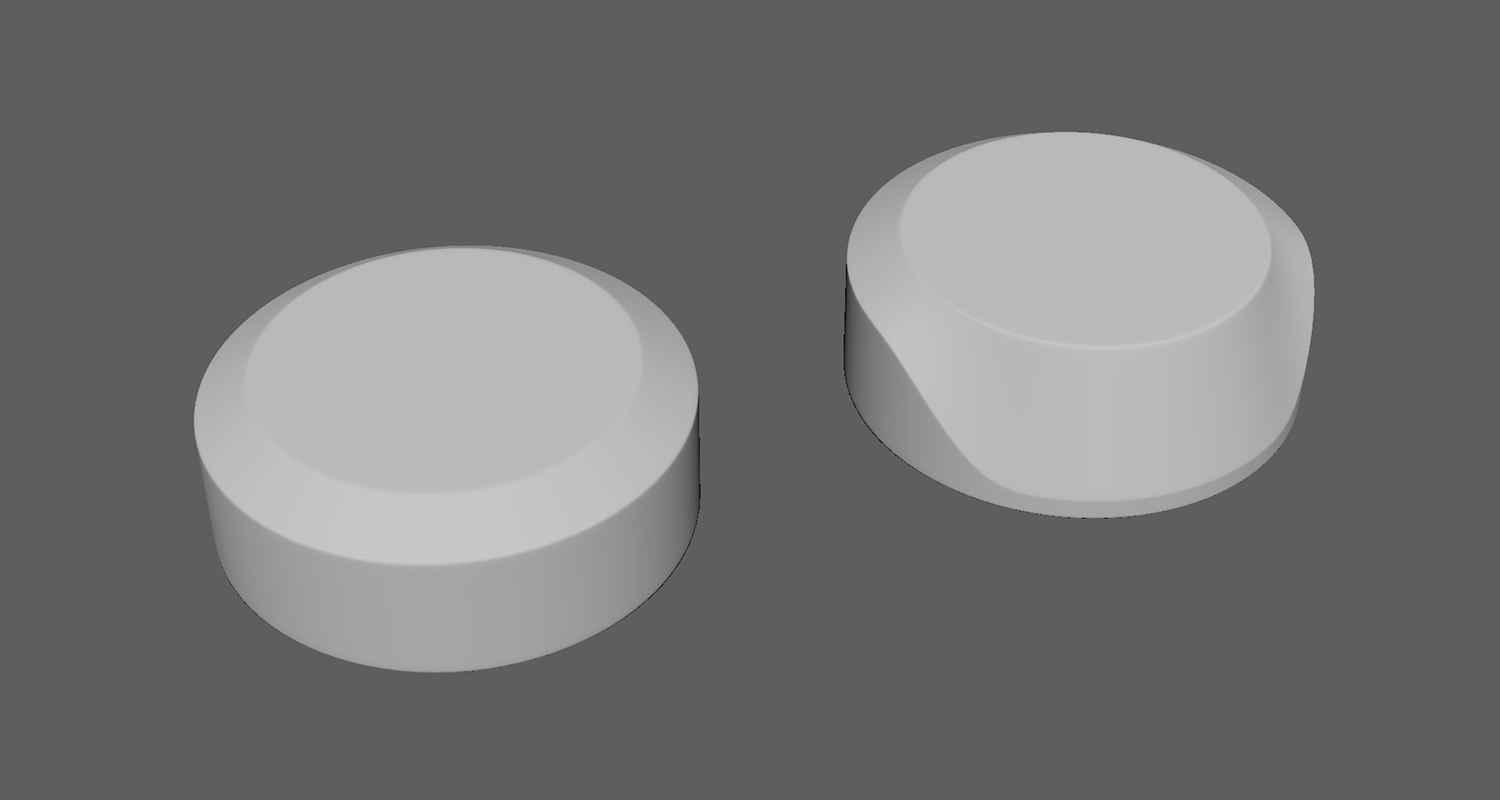 As mentioned previously, the edge flow will define the highlight. By that logic, we need to look for the highlights and break down the flow. 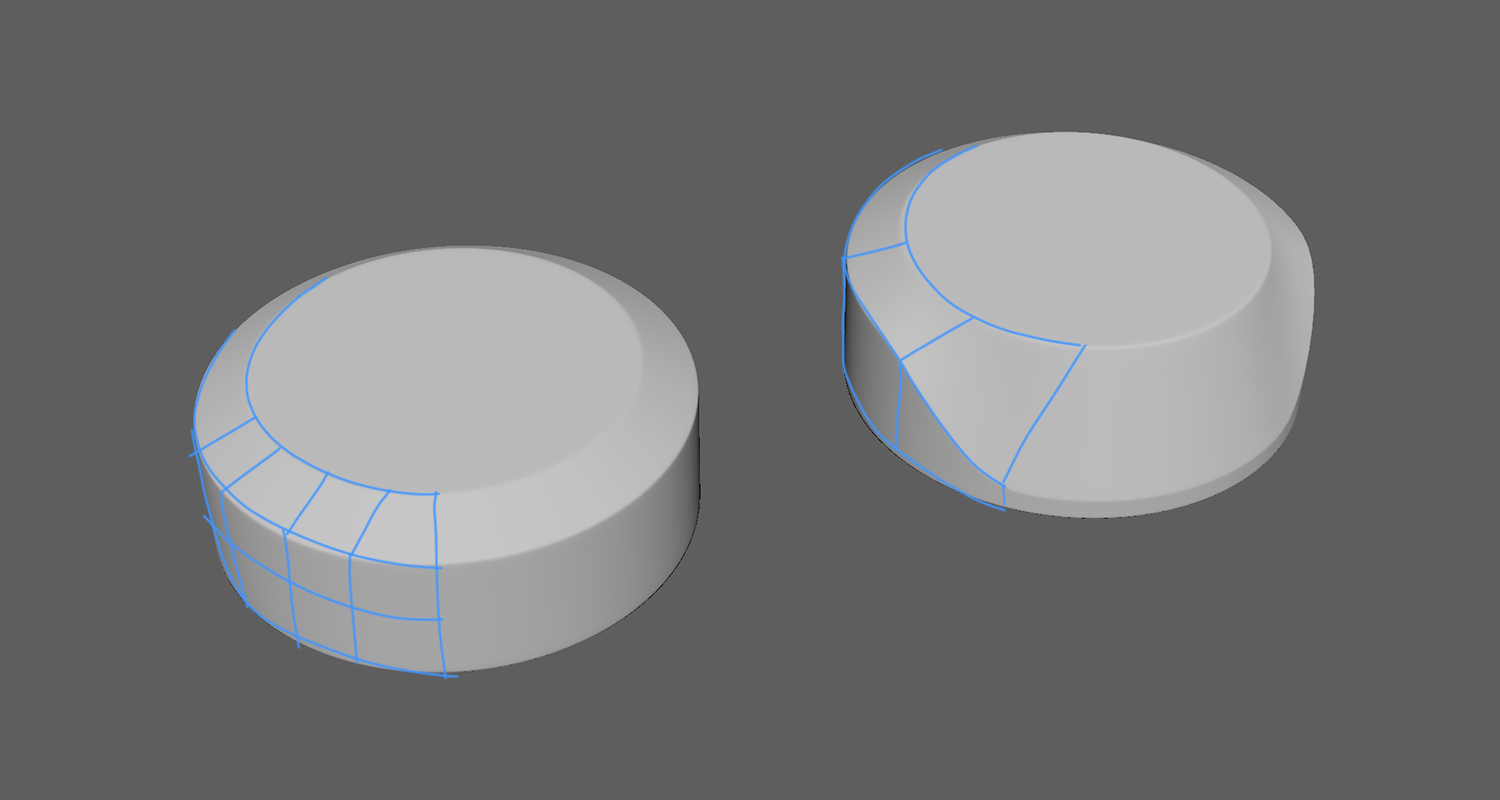 Now we can answer a question we had at the beginning.

Where to even begin?

After we know the highlight, we can plan which flow to use. If we understand the edge flow, then finding the starting primitive will be the easy part.

As we explore and learn how different flows impact the surface, we´ll become more experienced.
With experience, we´ll recognize more easily flows to use and for what situation.

But actually, the highlights, tools, topology is not where we begin.

3. Understanding the design and function

The planning of our modeling starts already with the design and function.

3a. The synergy that determines the design

To make things easier on us, here is an example.

A primary function of a car is transportation.
If a car design has no doors, we can not enter or sit inside.
The car design, in this case, will contradict function.
The design needs to support basic actions like entering and operating the vehicle to fulfill its transportation role.

The same principle will apply to materials. If the breaks were made out of paper and suspensions out of plastic, the car would fall apart.
In this case, the primary function would contradict the design.

In another example, we can model a weapon for a film or a game. If we were to design a weapon that does not have any moving parts but instead is a singular piece with no openings, such a weapon would have a harder time justifying its design and function as a weapon.

In short, we will base the form on function. The synergy between the two is what defines the design.

3b. How to use the function to our advantage?

Coming back to a car example, how would we create a car 3D model based on what we´ve learned so far?

Before we even begin, we would gather a lot of references that could explain the car’s function as a whole or its parts.

Furthermore, we would search for answers to questions like:

Are we modeling a streetcar or a terrain car?
If it’s a terrain car, what is the engineering behind its role that supports its function?
How are the engine parts built? Are they singular pieces or complex pieces made of many smaller ones?
Or, why do brake calipers look the way they do? Is the design random or does it support an important function?
Why does Ferrari look like a Ferrari? What key design separates it from others?

These would be some of the questions to answer before even starting with modeling. Knowing the answers will greatly increase the chances of creating a proper 3D model representation.

Once we understand the real-world function, we can focus on translating the design into 3D.

We could even go further. We could adjust the design the way we wish based on already established principles of function.

The principles of function would be:

The tread patterns of a tire are designed to displace water so that the tire and the road maintain contact.
The design of the breaks allows the distribution of airflow and supports cooling.
The car design allows a better terrain adjustment or aerodynamics.

When the design compliments the function, it is easier to break it down and introduce new ideas from existing or imaginary sources.

Once we know the rules, it is easy to see which ones we can break.

Now to answer the ultimate question.

How to model anything?

Mastering the tools, the topology, and the synergy of form and function that define the design provides us with the experience necessary to model anything we want.

References
Before modeling anything, arm yourselves with a lot of references on how things work, and what purpose or function they perform.

Case studies
Break down the most complex pieces of whatever you´re trying to model. If you feel you might struggle with some parts of the model, isolate those parts and do case studies.

For example, if you´re modeling a robot and you feel modeling hands could be difficult, do only a robotic hand case study.

Sketch your topology.
If you´re not sure about the topology flow or where to begin, sketch the flow to plan your steps. Break down the forms and multiple pieces.

If that part shows to be difficult too, try to practice on smaller, singular, and easier objects before moving to any complex parts.

Explore the tools.
Take the time to explore the tools. It´s not necessary to know all the tools, but having a solid understanding of at least the basic ones, will already be a big plus.